Prior to the 1950s, mesothelioma was considered a rare type of cancer, with its rise in cases being fairly recent. Mesothelioma cases grew in the 20th century when asbestos became the choice insulator for its fire and heat resistant properties from the early 1900s until the 1970s. It was only then that the knowledge of the harm it can cause became widely known to the general public. Mesothelioma can take 10-50 years to develop after exposure, which is why we are now seeing a jump in cases in the past few decades.

Mesothelioma is still being studied, and because of that, there are a lot of misconceptions and myths floating around about it. We want to clear up these common misconceptions and provide you with the truth so that you can be well informed with the most accurate information about mesothelioma.

Myth 1: Mesothelioma Cases Are Declining Now That Asbestos Use is Regulated

Most uses of asbestos were banned in the mid-1970s, but asbestos is still allowed to be used in various products. Asbestos is still widely used in the chemical industry. Asbestos-containing materials installed decades ago continue to exist in many old buildings, factories, railway lines, ships, etc. This, with mesothelioma’s latency period of 10-50 years, means that mesothelioma cases are consistent year-to-year (totaling about 3,000 mesothelioma diagnoses in the United States each year), and it is yet to be seen how many lives will be affected long-term. Michigan, as the home of the automobile industry, has historically been one of the most industrialized states in the nation. As a result, Michigan has a disproportionally high share of mesothelioma cases in the United States. There are an estimated 20 million people in the United States who are assumed to be at risk of developing mesothelioma.

Myth 2: Only Men Over 65 Are Diagnosed with Mesothelioma

Nearly 80% of mesothelioma cases are diagnosed in men in their late 60s to 70s, but anyone who has been exposed to asbestos is at risk. Asbestos was prevalent in many trades throughout the 20th century. Men who are now in their 60s and 70s make up a majority of cases because it was largely men of this generation who worked in environments (trades, military, etc.) when asbestos was prevalent during the 20th century. They had the highest level of exposure, and their families were at risk for secondary exposure. Serling & Abramson has had several clients who developed mesothelioma in their 30s due to childhood exposures to asbestos.

Myth 3: Mesothelioma Can Be Caused By Smoking

Virtually all medical experts agree that cigarette smoking has no known scientific connection to the development of mesothelioma. Mesothelioma is caused by exposure to asbestos.  While mesothelioma is not caused by cigarette smoking, smoking may reduce the effectiveness of a cancer treatment and can increase the risk of heart and lung complications. However, during the years of 1952-1956, Lorillard Tobacco Company manufactured and sold the “Kent Micronite” cigarettes that contained crocidolite asbestos fibers in the filters. The asbestos in those filters led to the development of mesothelioma in individuals who smoked these cigarettes. Serling & Abramson has represented clients who were diagnosed with mesothelioma after smoking “Kent Micronite” cigarettes.

Pleural mesothelioma (mesothelioma of the lungs) closely resembles lung cancer, but it is not lung cancer. Mesothelioma forms in the pleura, a protective membrane between your lungs and your chest wall. While it has the ability to spread to the lungs, it doesn't form there, differentiating it from lung cancer.

Myth 5: Mesothelioma is Contagious or Hereditary

Mesothelioma is not contagious or hereditary and cannot be passed from one person to another. It is scientifically proven to be a direct result of personal exposure to asbestos fibers. You do not need to worry about passing it on to others or fear that patients with mesothelioma will pass it on to you. However, those who are not directly exposed can still be at risk if they live (or lived) with someone who brought home asbestos fibers on their clothing or personal effects (more on secondary exposure below). Serling & Abramson has represented many spouses or children of tradesmen who were exposed to asbestos and developed mesothelioma through the washing of the family member’s work clothes and driving in their cars.

Myth 6: Mesothelioma Only Affects the Lungs

Myth 7: Only People Who Work Directly with Asbestos Are at Risk of Developing Mesothelioma

While occupational exposure to asbestos is the most common way to develop mesothelioma, it is not the only way. For example, you could be exposed if you live near an asbestos mine, asbestos processing plant, or near a site that released a lot of asbestos into the air. During the 9/11 disaster, for example, there were many tons of asbestos released when the towers collapsed.

Many of our clients who did not work directly with asbestos were exposed when co-workers handled asbestos in their vicinity.

As mentioned previously, if you lived with someone who worked with asbestos, they may have brought the asbestos fibers home on their clothing, personal effects, in their cars, on their shoes, hair, and skin, and you could have been exposed. These exposures are known as secondary or household exposures to asbestos.

Finally, if you've used certain beauty, cosmetic, or household products that contain or contained asbestos, such as talcum powder, you could also be at risk of developing mesothelioma or ovarian cancer.

Myth 8: The Larger the Amount of Asbestos to Which a Person Is Exposed, The More Likely They Are to Develop Mesothelioma

The quantity of asbestos to which a person is exposed has no proven relationship with the risk of developing mesothelioma. In fact, Serling & Abramson has represented victims of mesothelioma who have had very minimal exposure over a short period of time.  Even washing clothing that have asbestos fibers on them poses a risk. The main variable is whether asbestos fibers entered the body and became lodged in the lining of the lungs (the mesothelium).

Myth 9: Asbestos is Banned Throughout the United States

Unfortunately, this is not true. While many elected officials and activist groups have tried to get asbestos banned, there are only regulations of its use. Michigan has not yet enacted legislation pertaining to an asbestos ban. In 2019, Environmental Protection Agency (EPA) issued a final rule to ensure that discontinued asbestos products cannot be reintroduced into commerce without the EPA evaluating them and putting in place any necessary restrictions or prohibiting use. However, there is still no national asbestos ban.

Myth 10: Companies That Sold Asbestos Did Not Know of its Dangers

Many companies knew of the dangers of asbestos (and still deny the fact that they knew) and continued to sell it. Some even hid information relating to the dangers of asbestos, putting millions of lives at risk, so that they could continue to profit for decades. Evidence collected by Serling & Abramson has shown corporate knowledge of the hazards of exposure to asbestos dating back to the 1920s and 1930s.

Throughout the early-mid 20th century, evidence has revealed that multiple companies contributed to covering up the dangers of asbestos exposure. In 1929, industry leaders concealed results of a medial study by Dr. Anthony Lanza, that revealed high rates of asbestos-related diseases in people exposed to asbestos. The scheme continued in 1932, when Raybestos-Manhattan and Johns Manville (two of the largest asbestos manufacturing and distribution companies) manipulated a study of asbestos textile workers to downplay the seriousness of asbestos-related diseases.

Letters between the companies reveal that senior executives were actively suppressing information about the potential harm to workers from asbestos. The papers indicate that the executives intentionally edited out or toned-down references to asbestos-related diseases and the connection to the industry. In 1935, Sumner Simpson, the president of Raybestos-Manhattan, wrote in a letter to the company’s attorney, “The less said about asbestos, the better off we are,” in an effort to conceal known adverse health effects. Nearly 15 years later, Dr. Kenneth Smith, future medical director of Johns Manville, advised the company not to tell its sick workers that they had asbestos-related diseases. While asbestos industry leaders claimed they had no knowledge of the health risks associated with asbestos exposure prior to 1964, these internal documents have since proved otherwise.

This behavior was not unique to just Johns Manville and Raybestos-Manhattan; many other asbestos companies contributed to the industry cover-up.

Myth 11: Mesothelioma and Lung Cancer Lawsuits Are Expensive for Victims and Their Families

Victims of asbestos-related diseases will not need to pay upfront costs to receive representation. Serling & Abramson handles mesothelioma and lung cancer cases on a contingency fee basis. This means that our law firm only receives a percentage of what we collect for our clients. If there is no compensation recovered, then our firm does not receive any fee.

Myth 12: If A Person Wore a Mask Around Asbestos, That Person is Safe From Developing an Asbestos-Related Disease Such As Mesothelioma or Lung Cancer

Very few employers ever provided face masks. Those that they did provide were commonly made of paper – incapable of filtering out dangerous asbestos fibers. Individuals who wore these masks often still developed asbestos-related diseases such as mesothelioma or lung cancer. 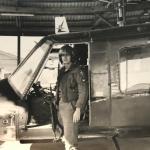 You have somebody you can trust when you talk to him. The people at Serling & Abramson are very kind and attentive to what your problems are.
Tony P.