Much of the asbestos exposures experienced by railroad workers in Michigan occurred in what was known as Roundhouses. Throughout the state of Michigan, roundhouses were locations where train cars were serviced, maintained, and repaired beginning in the late 19th century.

The types of asbestos products that railroad workers were exposed to changed significantly when diesel engines replaced steam in the mid-20th century. The use of Roundhouses for repair and maintenance continued throughout the 20th century. A few are still in use today.

Some examples of the types of asbestos products used at these locations were asbestos rope and cloth used for track maintenance, asbestos boiler and pipe covering, insulated electrical and plumbing products, brake linings and many others.

In Michigan, many of our railroad workers who developed mesothelioma or lung cancer were exposed to asbestos in the Roundhouses that are listed below along with the railroad company that owned and utilized the sites.

**The Henry Ford Museum acquired the Marshall MI Roundhouse in 1991 and it was reconstructed and placed at Greenfield Village in Dearborn in 2000. See photo of the reconstructed Roundhouse below. 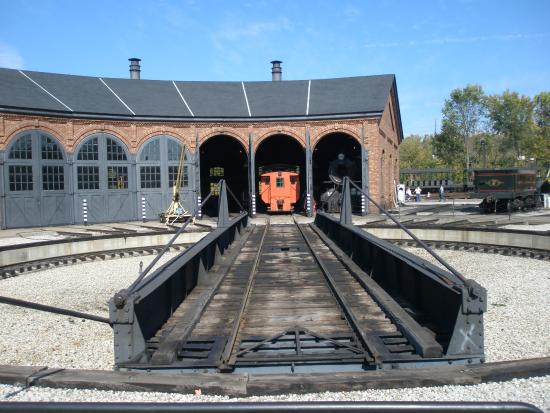 Contact Serling & Abramson if you have questions concerning asbestos exposure and the resulting development of mesothelioma or lung cancer.

Facebook Twitter linkedin email
You have somebody you can trust when you talk to him. The people at Serling & Abramson are very kind and attentive to what your problems are.
Tony P.